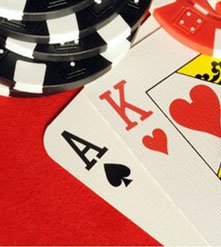 When you break it down, blackjack is one of the simplest games there is. A player starts with two cards and needs to try to get their hand as close to 21 without going over. At the same time, they need to have a higher number than the dealer. However, its simplicity has allowed there to be many variations and adjustments to the game. Almost every live and online casino will have blackjack variations to provide players with a unique feeling. However, there is a good chance that they did not create those blackjack variations themselves. Instead, it is far more likely that they took one of the most popular variations and are simply using it at their casino.

Blackjack variations were created to breathe new life into the game. Part of the greatness of this game is its simplicity. However, when a game gets simple, it is easy for some players to grow tired of it. Variations were made on the base game to keep players playing. Here we will look at a few of the best blackjack variations and which ones are best for players.

UK online casino players might be familiar with Pontoon, also known as British Blackjack. This variation is very similar to American Blackjack. The biggest difference is that players are able to see one of their cards before they make their initial bets.

To play a game of Pontoon all players are dealt one card that they can see. They are able to make bets based on the card they received. They are then dealt a second card and the game proceeds as it would in the standard game. A notable difference is that instead of saying "hit," players say "twist." This does not have an effect on the game, but it is notable. Like in standard, if the player has a higher hand than the dealer they win. The biggest exception being that if they have five cards that add up to equal or less than 21, they automatically win, doubling their bet.

Pitch Blackjack is one of the simplest blackjack variations. In fact, it has such a simple variation that you might think of it as standard version of the game. It is just the game played with one or two gets. This is the most popular variation of the game among card counters because it is much easier to count cards when you only need to worry about one or two decks.

When you start a game of Pitch Blackjack, players are dealt their cards face down. Players hold their cards in their hands like poker players, keeping the cards to themselves. This is the biggest difference, as you cannot make decisions based on what cards other players have.

Double Exposure Blackjack is one of the most popular blackjack variations among players because it actually increases the odds for the player and reduces the house edge. However, since the house edge is lower, it can be difficult to find sites and live casinos that allow players to play this variation. So, you need to keep an eye out for these tables, and if you see one, give it a shot.

This variation of the game proceeds exactly like a multi-deck standard game. However, there is one major difference; the player gets to see both of the dealer's cards. As a result, before you make your first bet you are able to see how strong a hand the dealer has. Anyone that knows anything about blackjack knows that this gives the player a massive advantage. Unfortunately, that is not the end to the changes as casinos have made adjustments to swing some of the advantages back to the house. Surrender, insurance, and multiple splits are not permitted when you play this variation of blackjack. Additionally, the dealer hits on soft 17s, allowing the dealer to get better hands than they would normally. However, even with these adjustments, the house edge is almost zero, and strong players should be able to win consistently.

Chinese Blackjack is obviously one of the most popular blackjack variations in China. However, it can also be found in many casinos in South and East Asia. When you first look at the game it looks exactly like standard blackjack as players are dealt two cards, and they try to get to 21 without going over. However, there are actually many major differences that make the game unique.

After the cards are dealt, it is possible for there to be a winner. That is because if you are dealt two aces you are automatically the winner. Additionally, dealers can make their own decisions about whether they should hit or stand. You should also note that aces count differently depending on the number of cards you have. 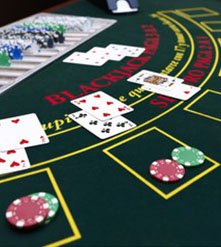 There are some blackjack variations that developed because standard blackjack was not legal in the area. That is the case with Californian, as it popped up in Southern California because standard was illegal. It was illegal because the player plays against the house. To get around this law, poker rooms would rotate the role of the dealer among the players. So, while the game played out in a similar way, instead of having a set dealer, it rotated, a lot like the blinds in poker.

The game plays out with the dealer or "banker" as they call it making a bet. Every player is playing against the banker. The biggest change to the rules in this variation is that the jokers are included. They can count for 2 or 12, and players are trying to hit 22 instead of 21. Additionally, players do not automatically lose when they go over 22. As a result, many in the community refer to this variation as No Bust Blackjack.

Another one of the most interesting blackjack variations is European. In this variation, players make their bets before the dealer receives their hold card. This variation is not quite as popular among players because they do not have as much information at the start of each round as they do in other variations.

This version of the game is actually a variation of Spanish 21, one of the variations of the standard game. The biggest appeal of this version is that players have a chance to double their bets once they see the dealer's first card. The best thing is, they also have the opportunity to surrender whenever they want.

This type of blackjack is played with eight Spanish decks and is very similar to standard blackjack in a lot of ways. The game gets its name from the fact that the dealer's first card is their up card. As a result, players have the opportunity to make a double attack bet which doubles the size of their initial bet. Other than that the game plays out very similar to the standard version of the game. The only other difference being that players can surrender and double down whenever they like. This gives experienced players the best chance of winning consistently.